It was a lovely quiet morning with a surprisingly fun party this evening:)

It felt so good to get a workout in with Lyndsay today!!! We did 31 minutes on the treadmill- rolling hills and then did three sets of weight exercises.  It’s amazing that it took one workout and felt better!

I had a quiet morning of hanging out with Banks and reading. Lol I couldn’t read my book though as I needed to catch up on my wordpress reading.  It took me hours!!  I’m hoping that now that I’m caught up I’ll be able to finish my Mitch Albom book!

I watched Love Actually today which is one of my favourite movies. I should have watched it on DVD however as the tv changed things. I find it amazing that we allow so much violence on tv but will change a movie so there is no curse word.

Today’s tea was Sleigh Ride. I have had this tea before as a guy I dated had bought it for me for Christmas one year.  I love this tea as it’s never bitter and yet it’s not overwhelming either.

I am participating in the Fantastic Bake Along- Cherry Tarts Edition that is hosted by Tracy at T Sweets Day.  Lol it was an experience making these tarts as I’m at my brother’s place. My sister in law is an amazing cook but obviously doesn’t bake as I had to roll out the dough with a can of whip cream.  They turned out pretty enough but I wish I had managed to roll the dough out thinner so there was less dough and more filling! 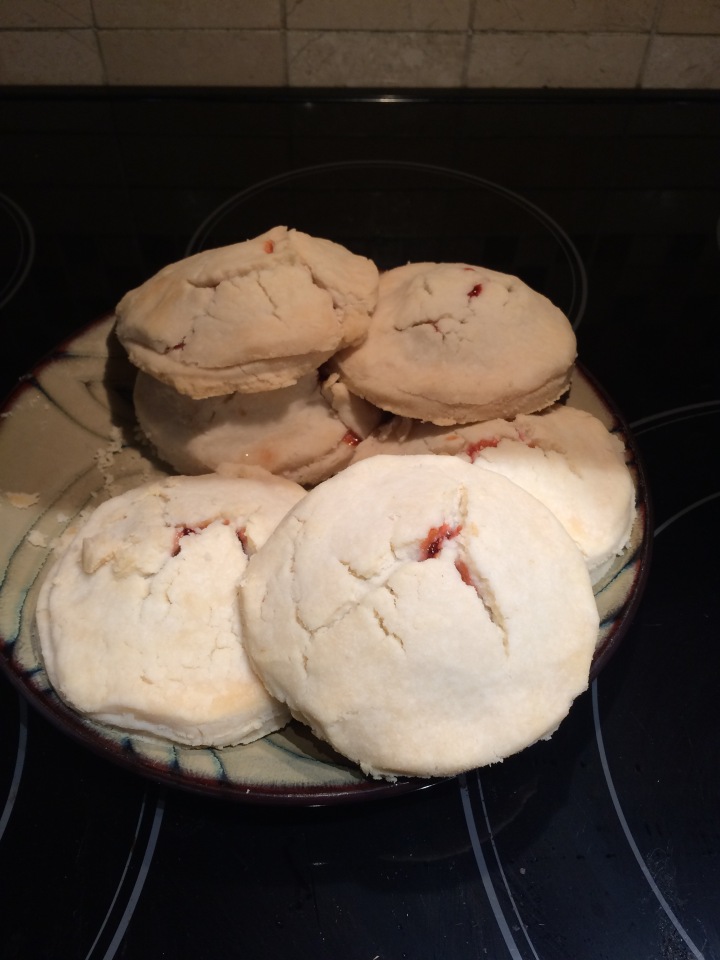 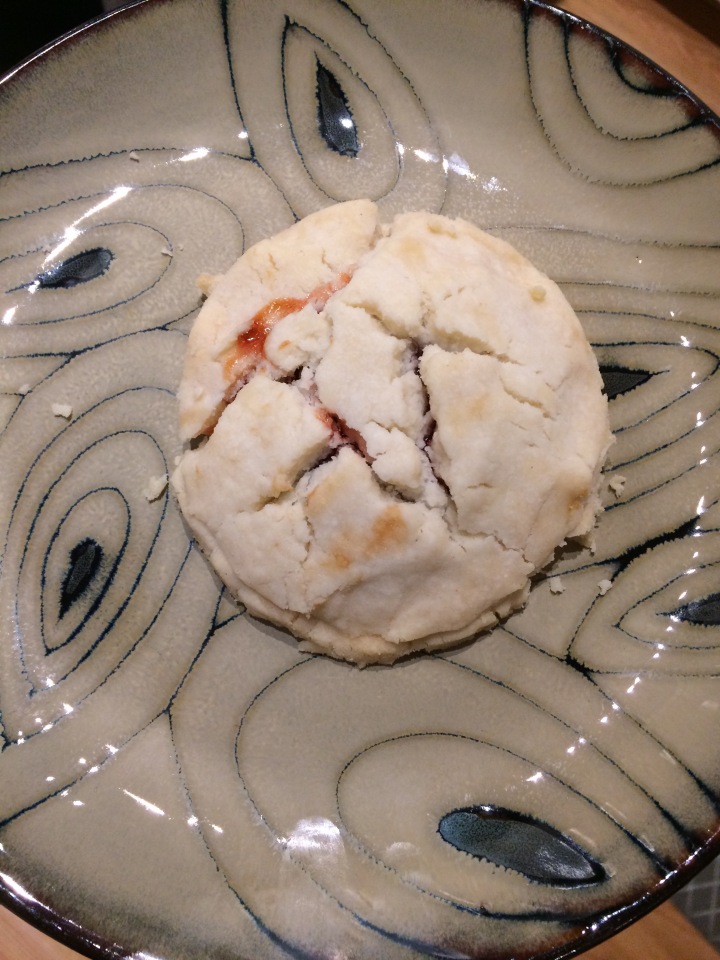 These were super quick and easy to make and I would definitely add them to any dessert tray this time of year! The only change I had to make to make them allergen friendly was to use gluten free flour.  I did not do the icing on top as I felt they were sweet enough but I planned to use dairy free milk in it.

After working out with Lyndsay, we both quickly went home to clean up and then I met up with her and her son Brady to go to a Christmas party a colleague had invited us both too.  This worked great for me as I really don’t like walking into an event alone! The social anxiety was also limited by the peppermint martinis that were being served. I walked in the door, the older kids stole Brady away and we were handed drinks. They were super yummy!! The cool thing was that the bottle of peppermint vodka was scratch and sniff! The bottle didn’t smell at all until you scratched it and then it smelled yummy!  I wasn’t expecting to, but ended up having a really good time! The renter from downstairs just came up and said he would help out with Banks if I needed it. Just too bad he didn’t say this before I left the party early to come home and let Banks out.

Well I must go back to my full time job of throwing the ball for Banks.  He’s a taskmaster!