A third nice day in a row:)

I got out first thing this morning for my regular Sunday morning run. I wasn’t sure how it would go after doing 10km yesterday, but I did 6.7km today with no problems and no rests or walking breaks. It was an absolutely gorgeous day for a run! 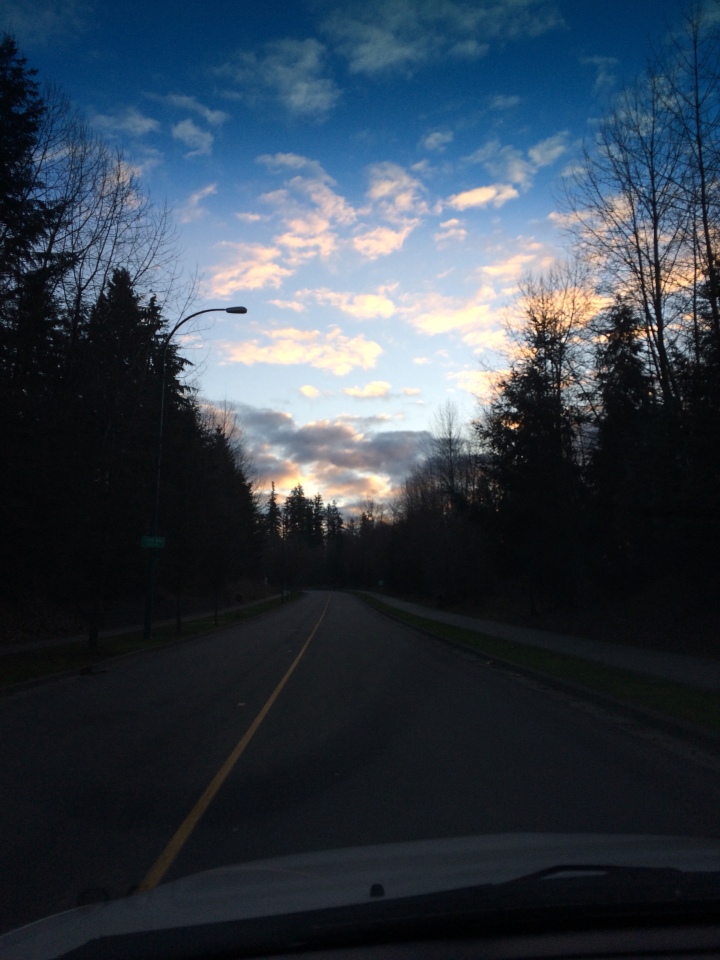 I thought about working out tonight, but I have plans to meet up with Lyndsay early tomorrow morning so figure is better stretch and roll and save my energy for her killer workout. I’m still hoping to keep my weekend of running going with a short run tomorrow afternoon though!

The sunshine must bring something out in me as I got a deep vacuuming done of my bedroom. I get so much road dust! It felt great to get that done and three more things taken out of my place! I love living with as little as possible. I know it’s in response to my dad who is a “collector”.😀

I had knit day today with Brenda. I took Nothing but Knit’s advice and reprinted the chart for my sweater and colour coded it, numbered the rows and counted up the plain knit and Purl stitches. I still ripped it out another three times today. It was only when I finally said that “this was the last try and if it didn’t work I was knitting something else” that I finally got beyond row four. I got to row 14 before I was a stitch short and I just picked one up and kept going🤣. No one will notice, but me and hopefully I can now make some good progress on this thing! Any other sweater would have been half done by now!!!! Thank you Nothing But Knit for the advice, it really helped!

Brenda and I watched the third Harry Potter movie this afternoon and so far they haven’t been too scary for me. It’s tough though as I know death is coming for some characters that I really like! I have to say that I don’t like the new Albus Dumbledore as much as the old one. They made him too doddering and as though he’s not really smart:(

We couldn’t get the fourth movie to play in her machine so I actually ended up watching a part of an Olympic event, for the first time in my life! I can’t imagine how those athletes feel to have years of their life come down to thirty seconds and to know you have the works watching you. I now know why I don’t watch though Maureen, I am way too high strung! I get nervous for them and I’m just watching! It was neat to finally see something though:)

It has taken a hundred pages but Fredrik Backman finally has my attention. I’ve gotten through another hundred pages just today and am hoping I’ll be done the book tomorrow!

I loved Christina’s post today as it clearly explained about this NetGalley I keep hearing about. I’ve signed up, but I think I’d better limit myself or this is going to be dangerous!

When I was out shopping the other day there was a new gluten free, vegan product on sale that I had never used so I picked it up. I usually try to buy gf/df products when they’re on sale so they’ll keep stocking them, though I usually just eat fruits, veggies and protein.

This was a refrigerated cookie dough by Eat Pastry that comes in a pretty square blue box, just like the Earth Balance box. 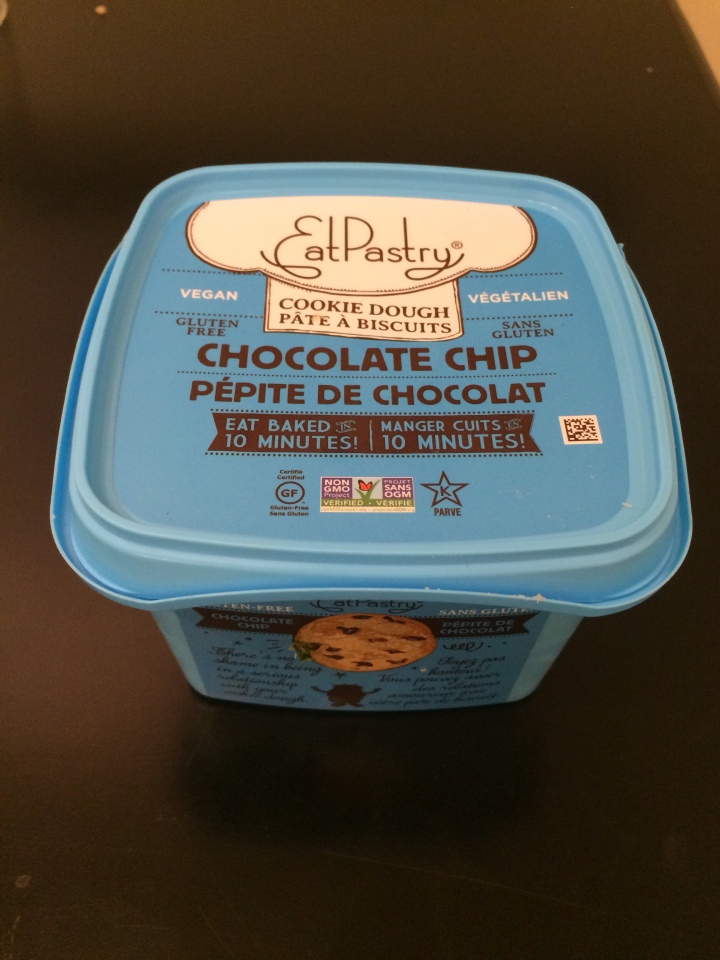 The dough is very light coloured inside, but clearly has chocolate chips which is good as it’s chocolate chip cookie dough. I tried a little bit of the dough and realized right away from the taste that it has garbanzo flour in it, so definitely not what to buy if you just want to eat raw cookie dough! The dough scooped out very easily and I cooked it for 9 minutes. I have to admit it was at 400 instead of 350 as I had just put two scoops in with my other cookies. They were very brown but not burned at all. The cookies are very light in texture and not crumbly and not overly sweet either which was good. I think I’ll stick to my regular baking from scratch as I love to do that, but this would be a good product for anyone who isn’t in to baking and just wants to spoon and bake.

Well I’m off to more reading:)