It’s been quite the week, but we saw progress today:)

I got out again this morning for a run, but just did 2.9km because I had a run planned for tonight. Unfortunately I was too late getting home from work so even though I had extra mileage planned, I ended up short. I should just know to do the whole thing in the morning, just in case!

So it has been a very stressful week due to a lack of communication. We had been told that our school organization may be changing but then nothing further was said. My teaching partner was then told she’d have six major issues in her class, which of course caused her a lot of worry! We have heard nothing for about two days and then finally at the end of the day we were given our proposed class lists. Unfortunately I am still not teaching the same as my colleague ☹️ but we have decided to continue to collaborate anyways. At this time it appears that I e gotten the short end of the stick☹️. 21 students- 13 boys, 8 girls and seven major problems. It’s going to be quite the year! What drives me nuts is that three people who don’t work with any of the children have spent two days creating this organization when it could have been better done and more quickly done if the teachers (the experts on these children) had been asked!!!!😖😖😖😖😖😖😖 I will stop now as I could keep going with all my grievances for several more pages, but I’ll just say that it’s been painful and exhausting this week and it doesn’t appear it’s going to improve!

I missed yesterday, but loved meeting new people through the Teacher Turned Mommy blog hop so I’ll do another tonight:) 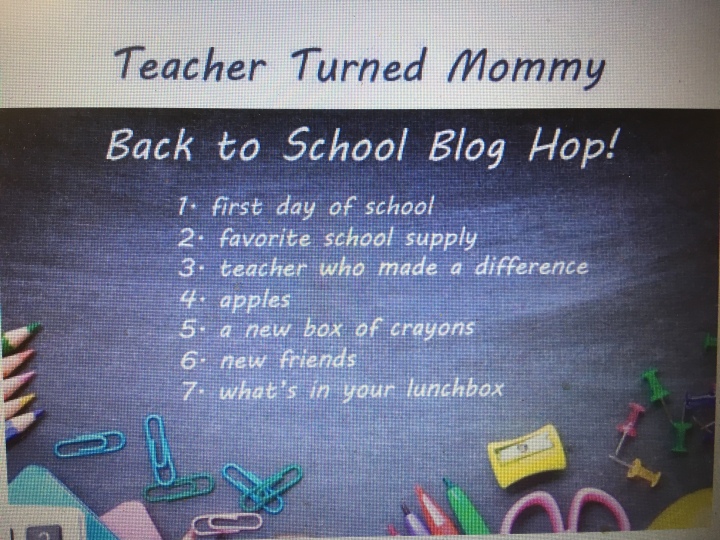 My favourite school supply. Oh this is a tough one for me as I really do love all things stationary! As a kid I really wanted smelly markers, but knew there wasn’t the money for them, so when I started at the school I’m at now, I bought myself a set. I use them to make all of my chart papers and they make me smile daily:)

I also love sharpies! I like how they come in so many cool colours and how nicely they print!

Sticky notes would probably be the third item I would choose as I love how they come in bright colours, and a zillion different sizes so I can colour code everything:)

I’m sure I could go on and on, but I’ll stop with those three cool supplies. Make sure you check out Teacher Turned Mommy and Ally Bean!

After a very late evening of planning I came home to make dinner (after my mom told me not to run again). I had ordered a meal through Fresh Prep as I have a friend who orders each week. I thought this would be a good week to try it and ordered Steelhead Romanesco. It was definitely something new for me to make.

All the ingredients come in pre-portioned containers. It did seem like a lot of plastic waste:(. It took me exactly 23 minutes to make the dish which was just under the 25 the recipe called for. The recipe was easy to follow and only had seven steps.

The dinner turned out delicious! I was hoping to get four meals out of it, but only got two and some extra rice. At least I will have lunch tomorrow.

I can see myself doing this again as I enjoyed cooking and it was quick enough for a week night since they do the grocery shopping and some of the prep. There wasn’t a whole lot of thought required.

With not running, I got some time to knit and managed the last five rows of the yoke that are just plain knitting. I sure hope I get a chance to separate for sleeves tomorrow!

Well I need sleep as I’m getting up early for a workout.

24 thoughts on “A Light at the End of the Tunnel”